Phil Brock to Race in the Queensland Touring Car Championship 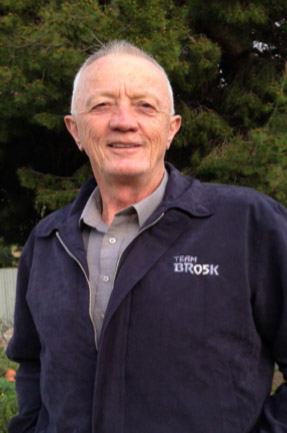 Phil Brock will be returning to grass roots motorsport at Queensland Raceway May 6 & 7 to race in the Queensland Touring Car Championship. And it came about by chance.  In April, Phil was at Lakeside to turn some laps in the Bathurst winning 1982 VH HDT Commodore tribute ride car for some very lucky spectators to experience what it’s like to lap an iconic circuit with a celebrity of the sport. Unfortunately, the car couldn’t make it, but fortunately for us, Phil did make it as a spectator and was elated by seeing some fantastic racing from all of the categories that day.

Amongst those was the Queensland Touring Car Championship, a category which was very similar to what Phil experienced during his racing years in the ATCC. After some initial discussions a deal was worked out and now Phil and his wife Cher are coming up to Queensland, camping at Queensland Raceway over the weekend and Phil is returning to the wheel of a beloved 4 door SLR LX Torana race car - a car similar to which he raced with his brother, Peter at Bathurst in 1976 (Team Brock). In fact they came third in the great race of 1976 with a very fast car.

For those that are too young to understand the significance of Phil Brock, a couple of things to note. Phil is the older brother of Peter Brock and had a fantastic career not only in motorsport, but also in stunt driving. From 1971 through to 1988, Phil has been on Australian TV screens doing stunt driving for a number of TV programs throughout these years. So much so, that he services were ultimately sort for the original Mad Max 1 movie, doing those stunts.

Phil loved the close racing at Lakeside and said “it’s like being in a time machine, you blokes raced like we did in the 70’s and 80’s.....hard racing but fair, a lot of common sense and not a lot of banging goes on....it’s clean, fast racing where I didn’t see any accidents from you blokes, except for that dingbat who ran out of talent coming under the bridge” he said with tongue in cheek. “I’d love to come racing with you guys, it’d be great fun”.

Queensland Touring Cars will be racing at Queensland Raceway on May 6 & 7 with 36 entries including Phil Brock, with 4 races over the 2 days. The weekend events will see qualifying starting on Saturday from 9am, with hard racing following over the 2 days.